It’s just February and the dust has barely settled on the iPhone 5s and 5c launch, but it’s already time for news of the iPhone 6 to emerge. It looks like we’ve received what could be the first sneak peek into what the new iPhone will look like.

The leak could be considered the real deal as it comes from none other than prolific Apple tipster Sonny Dickson. He had earlier tweeted component pictures – including fingerprint sensor – of the iPhone 5c and the iPad mini with Retina display. The new pictures of the alleged iPhone 6 show a sleek grey casing that appears to be similar to the iPod touch.

The leaked device also appears to have a larger flash than what we’ve seen in the iPhone 5s. However, one can’t be sure if the device is the next-generation iPhone or iPod. The Verge, however, reports that the pictures originated from tweets by someone called @mornray886. 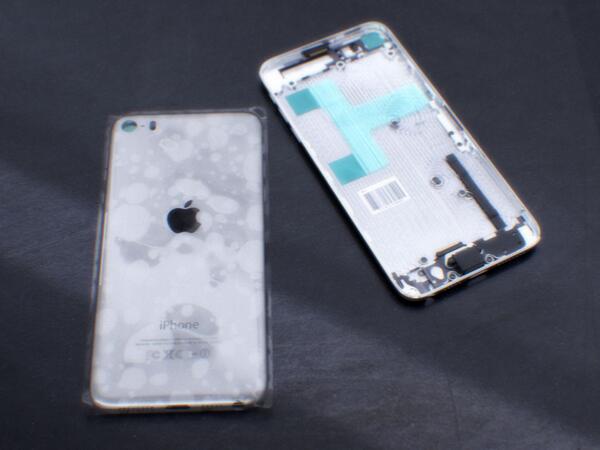 The anonymous tipster has tweeted full images of the alleged iPhone 6 parts. A glance at these photos and one can clearly see a larger display without any bezel on the side. In fact, the bezel on the upper and lower side of the display also seems to have narrowed.

Rumours of the iPhone 6 started surfacing late last year, not too long after the last variants of iPhones were launched. One consistent rumour has been its large screen, possibly 4.8-inch. It is also believed that Apple will employ a Sapphire crystal display, manufactured at its Arizona plant. The device will run on the rumoured iOS 8 and work in tandem with the alleged iWatch.

Here’s everything we know about the iPhone 6, so far.

ping fast my blog, website, or RSS feed for Free